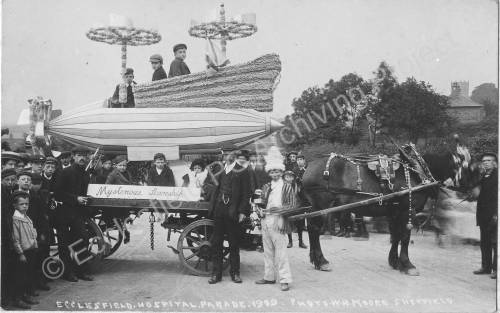 Themes for floats varied enormously, from local buildings such as Ecclesfield church, local industries such as quarrying, to more exotic subjects such as windmills and royal coaches. Figures of wild animals also featured regularly. As time went on more modern subjects made their appearance such as cameras and aeroplanes. In this photograph from 1909 the ‘Mysterious Scareship’ is of course an airship.

Sorry this item cannot be purchased.

There are no related entities. 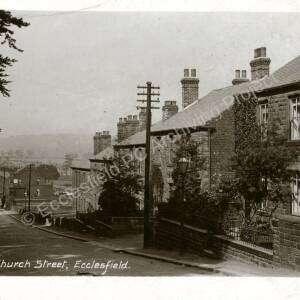 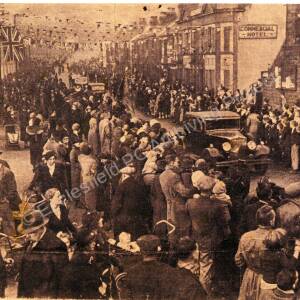